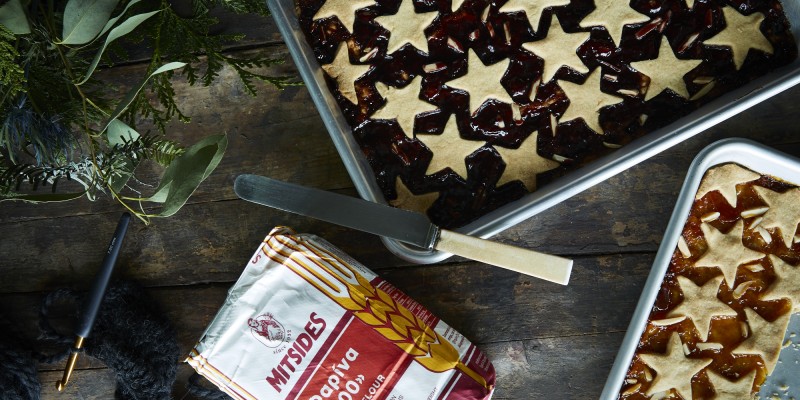 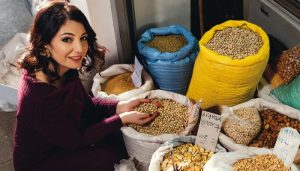 Beat the sugar with the butter until fluffy. Add the egg yolks one at a time, and keep beating well. Add the lemon juice and baking soda mixture, the orange zest, brandy and vanilla.

In a separate bowl, mix together the flour, cinnamon and baking powder. Add the dry ingredients to the liquid ingredients, mixing by hand until a nice soft dough is formed. Divide the dough in half. Press the one half of the dough flat on the bottom of a baking tray of 38 cm X 25 cm. Spread the jam on top.

Take the other half of the dough and roll out a long thin strand. Place it on top of the jam all around the inner edges of the pan. Take the remaining dough and roll it out on a floured surface. Using a star shaped cutter, cut out stars and place them on top of the jam. If you wish, scutter small roasted almond pieces between the stars.

Cook in the oven for about 35 to 40 minutes, until the dough turns golden brown. Remove from the oven and let it cool. Once cool, cut into bite sized squares. 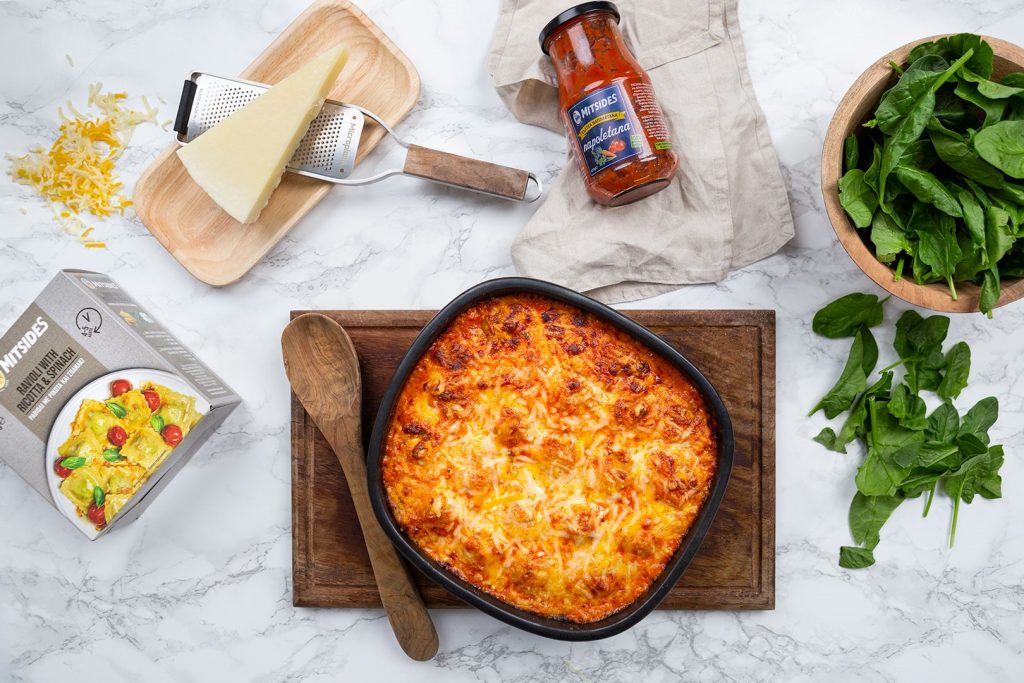 Baked Ravioli with Spinach and Ricotta 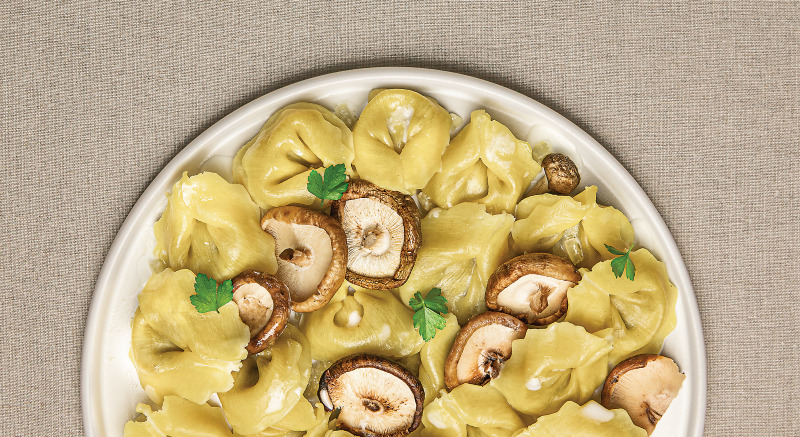 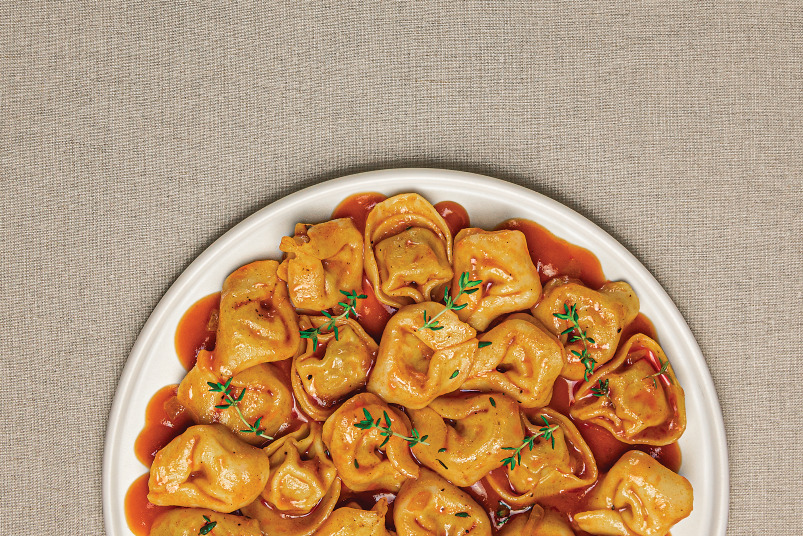 Tortellini with tomato and thyme sauce 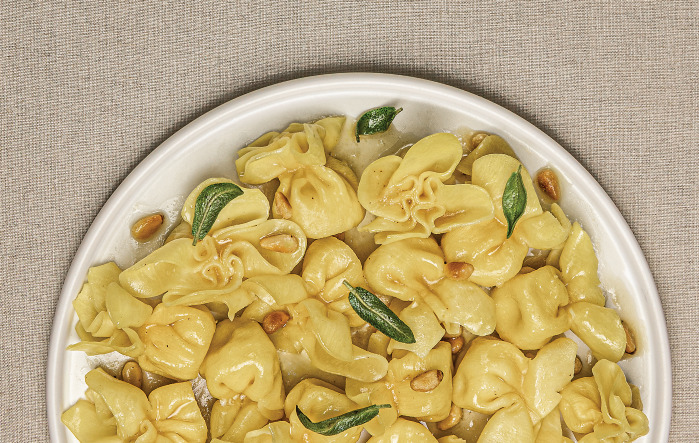 Saccottini with brown butter and sage 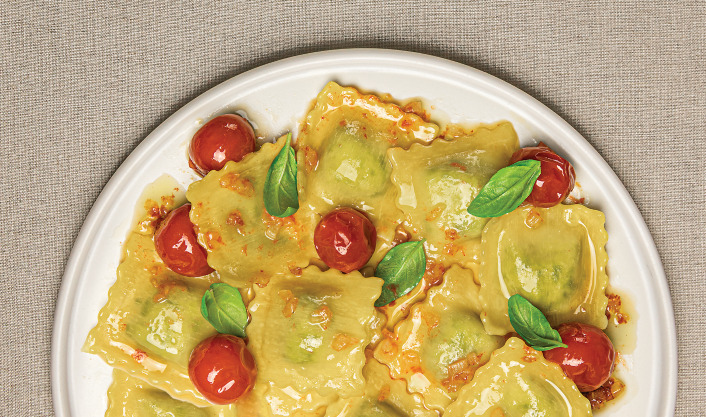 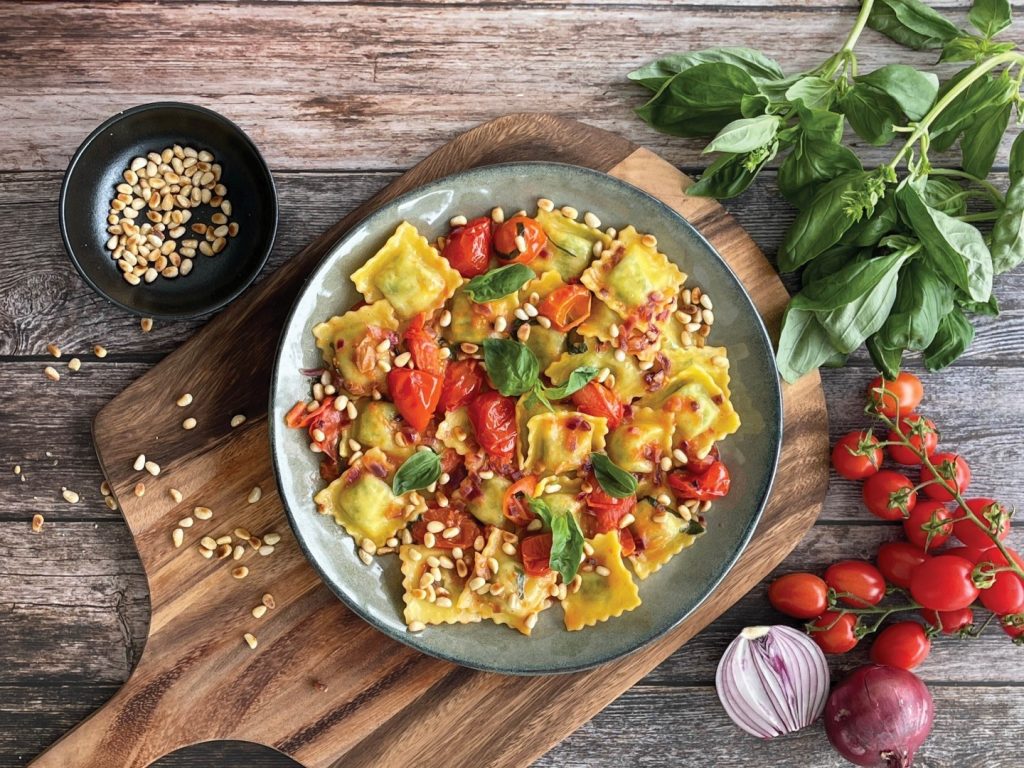 Ravioli with Ricotta and Spinach 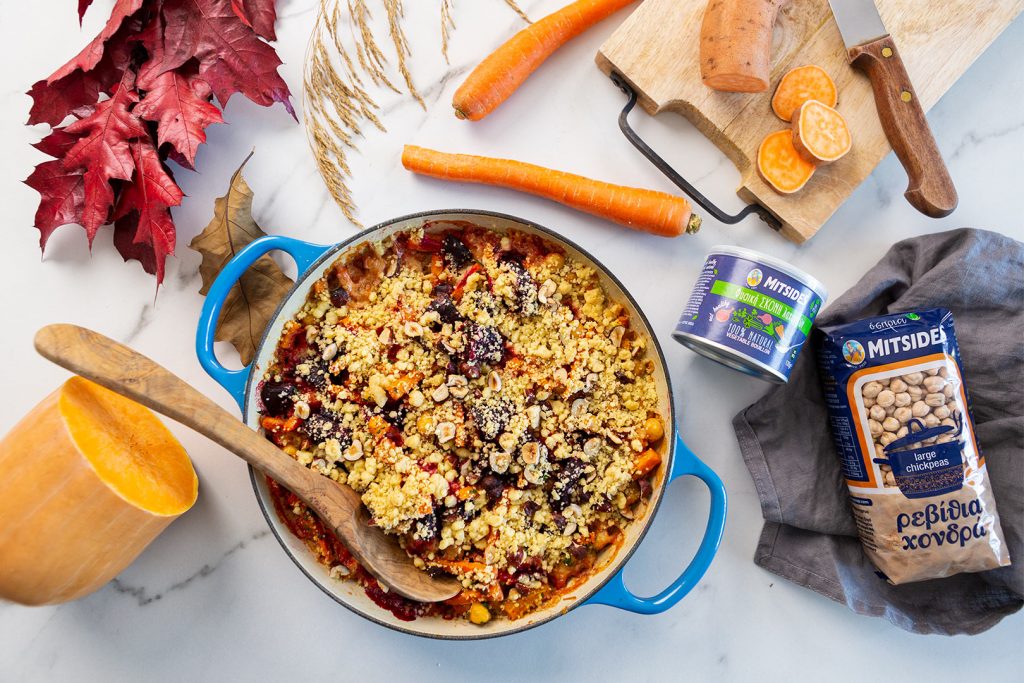 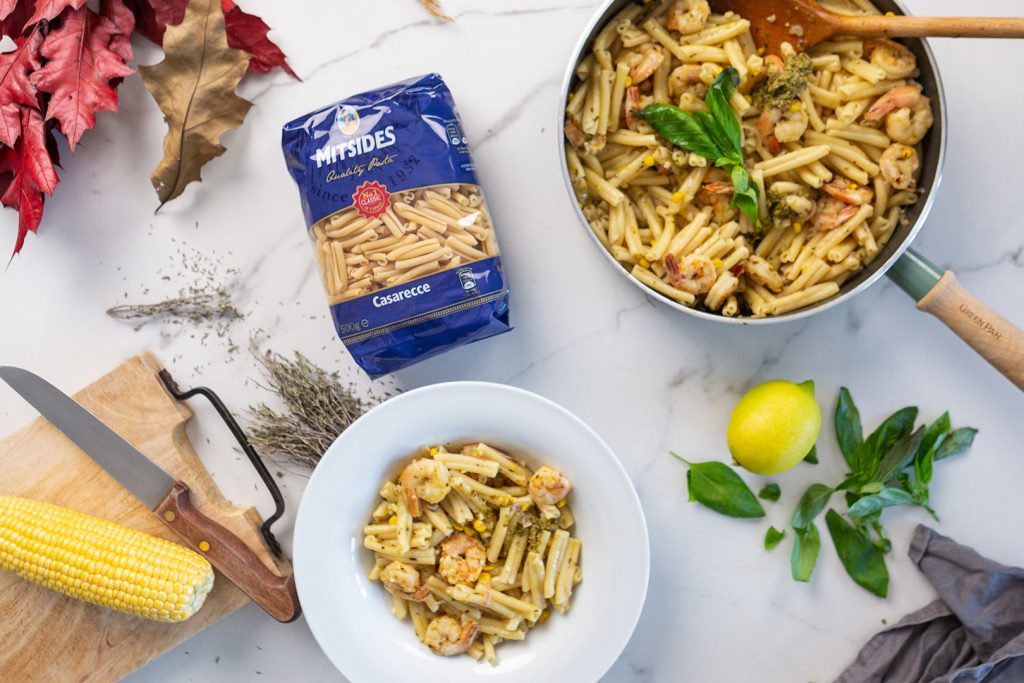 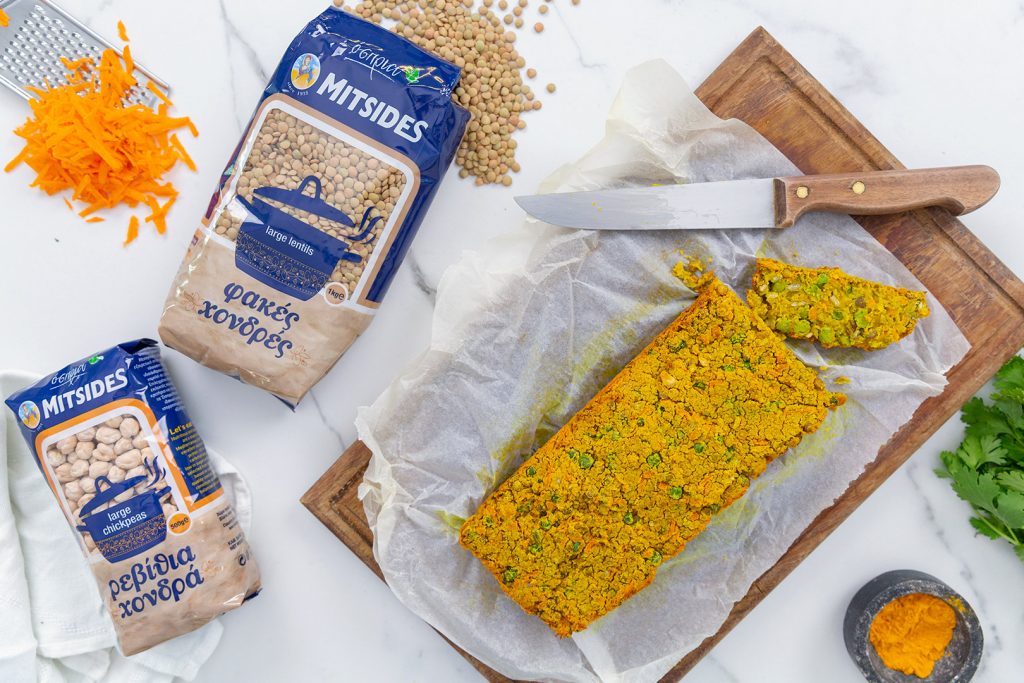 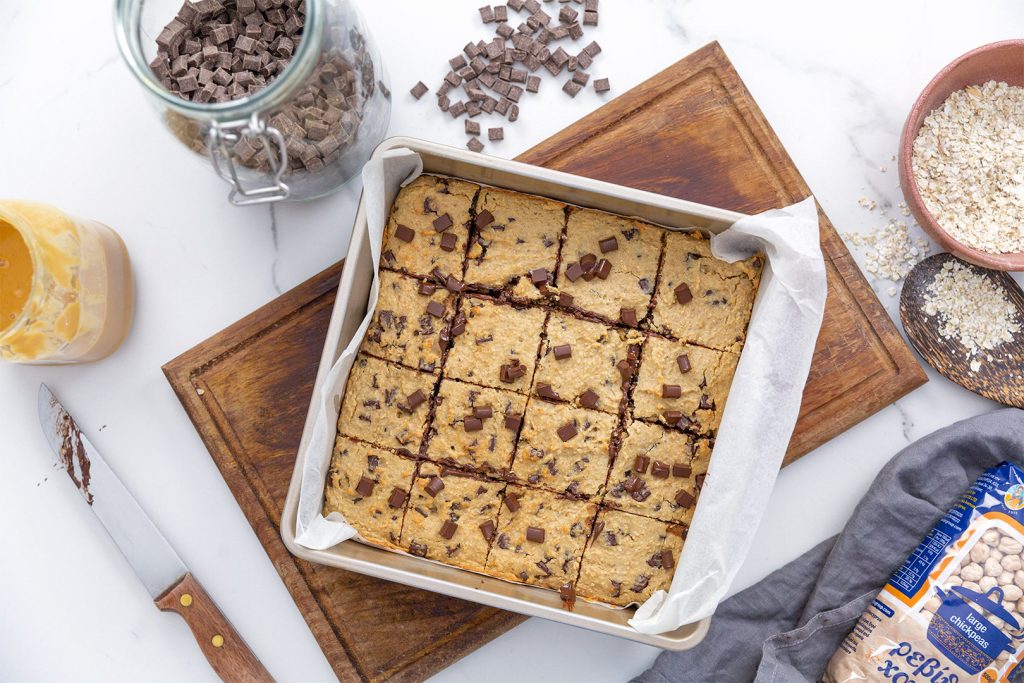 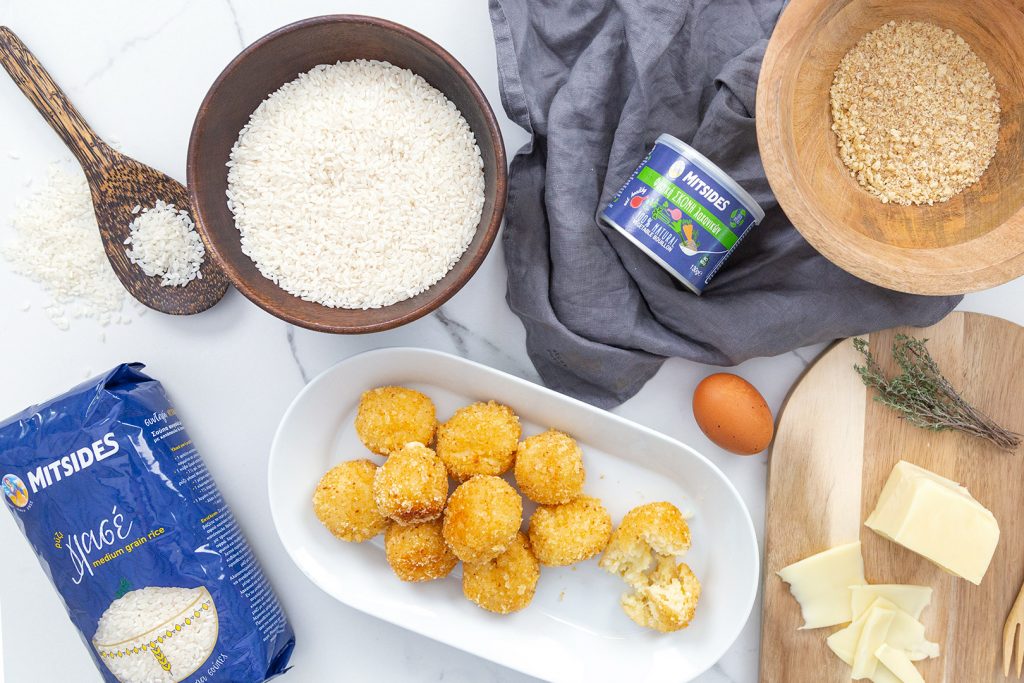